To read the full article, see the Investment Strategy Quarterly publication linked below.

To counter the economic effects of the COVID-19 pandemic, lawmakers approved $5.2 trillion in fiscal stimulus in 2020 and 2021 – over 25% of annual gross domestic product (GDP) and more than most other countries. At the end of August, the national debt stood at $28.4 trillion. Should investors be worried? What do we mean by “fiscal stimulus,” and have attitudes toward federal deficits and debt changed? 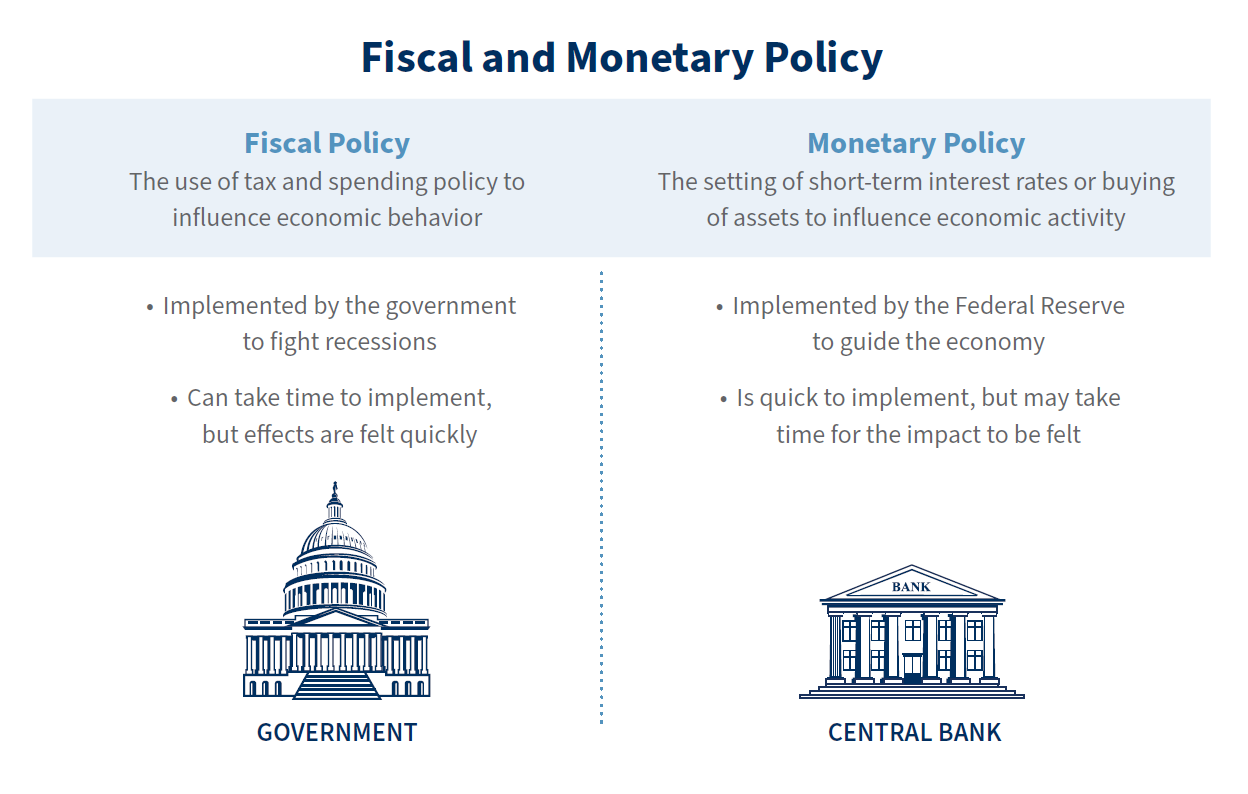 Where do we go from here?

The federal budget deficit was on an unsustainable trajectory before the pandemic, around $1 trillion and rising as a percentage of GDP. We don’t have to balance the budget, but we should eventually try to get our fiscal house in order. That means having a deficit that grows no more than GDP, which would stabilize and begin to reduce the debt-to-GDP ratio. Achieving this could involve increased tax enforcement and debate about spending reductions, including entitlement reform. Increasing taxes will be difficult, but lawmakers could work to reduce ‘tax expenditures’, the $1 trillion-plus in tax breaks that are embedded in the tax code. The important point is that there’s no need to rush.


Investment Strategy Quarterly is intended to communicate current economic and capital market information along with the informed perspectives of our investment professionals. You may contact your financial advisor to discuss the content of this publication in the context of your own unique circumstances. Published 10/1/2021.

Get in touch and say hello

Raymond James financial advisors may only conduct business with residents of the states and/or jurisdictions for which they are properly registered. Therefore, a response to a request for information may be delayed. Please note that not all of the investments and services mentioned are available in every state. Investors outside of the United States are subject to securities and tax regulations within their applicable jurisdictions that are not addressed on this site. Contact your local Raymond James office for information and availability.